Despite a distinct lack of bulging muscles and martial arts skills, Harrison Ford is arguably the greatest action star in history. A lot of his appeal certainly comes from his roguish, everyman persona, but a good chunk of that action star rep is owed to the films Ford chooses to star in. The actor has featured in some of the most thrilling movies of all time, and we’ve compiled a list of his most exciting movies below. 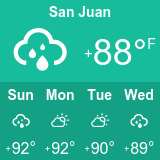